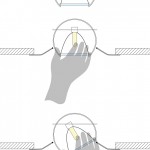 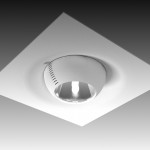 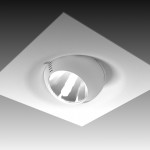 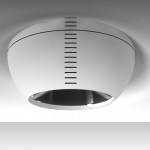 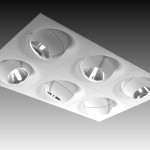 Supernova
The Idea of Supernova is a simple adjustment of the fixtures, based on the principle of a balland socket-joint. The fixtures are held and
fixed by their own weight. The lamps can be adjusted without the use of any tools. Comparing to other standard lighting systems, there is
no complicated structure needed. Supernova is a highly flexible modular system. It is a compact, inexpensive recessed luminaire series
equipped optionally with up to unlimited spotlight heads.The Recessed Luminaire is adjustable to 45° (max) in every Direction. Supernova
has a perfect light efficiency, due to the geometry of the fixture. In the maximum angle of 45°, the light cone exits the reflector and
passes the fixture without any loss of light compared to ordinary fixtures. Supernova is a system for the formation of linear and symmetric
structures. A scale on the body of the lamp provides the opportunity for an optimal adjustment of the light direction. It is a maximum 360°
illumination, as well as the optimal illumination as a wall washer. With the use of this type of lamp fixtures, gimbal mountings become
redundant. The construction of the lighting system is very simple, leading to low production costs. 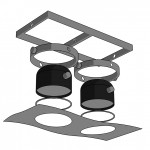 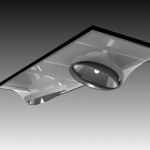 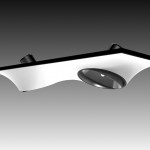 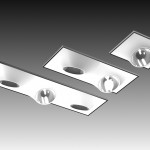 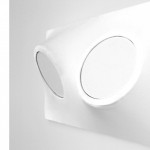 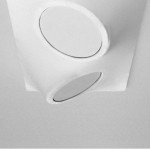 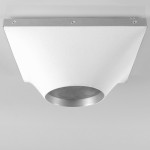 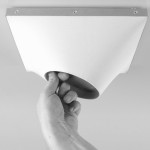 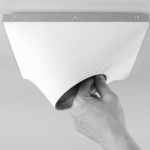 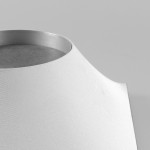 Lolita
is a concept which plays with emotions and shapes. There are no extraordinary shapes on the market concerning recessed lighting
structures. Most of them are quite geometrical, rectangular, straight. Curvy and amorphous shapes do not exist. We were trying to create
a different type of structure with the use of a different and flexible material. The lighting fixture and the lamp are covered with a
stretchable textile. If the lamp is moved, the textile adapts to each new position and creates fluid and smooth shapes. This totally new
approach in Ceiling Lightings Design gives especially architects new options to integrate and hide Lighting Structures inside buildings.
The textile satisfies Special Conditions concerning Fire-Fighting Facilities and Fire Safety in Building. The Fixtures also can act as wall
washers. To reach the maximum light output of the lamps, the shape of the fixtures allow a swivelled position up to 45°. The system is based
on a pendant gimballed mounting. A flexible textile is applicated between the Ceiling Frame and the Lamp Mountings. The formal and functional
Structure is transmitted into the different modules. The whole technical structure is covered by the textile. There is just a white material
and light. The seemless transition of the flat ceiling to the light reflector is the main optical characteristic of this concept. There are
also other configurations of the system, which enlarge its adaptability, e.g. integration of loudspeakers, integration of emergency lighting etc.
Lolita is a highly flexible modular construction system. One, two or three luminaires can be combined in one assembly system. To give an
integrated and clean image, the appearance is reduced to the minimum, at the same time it offers a futuristic and stylish look.
The System should be used to underline the importance of the architecture itself. 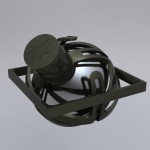 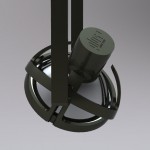 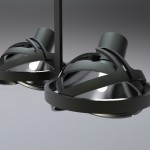 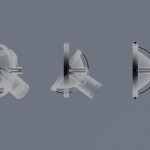 Rotor
The pressure of the fixation screws put a high friction in between the 2 gimbals. Therefore a high effort has to be made for turning the gimbal.
To solve this problem, the pressure has to be released and the position and size of the friction has to be deflected. The usual body was transformed
to this skeletonlike structure which flows around the main parts of the lamp like an armour. The reflector is freestanding. 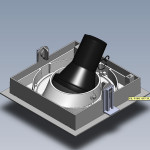 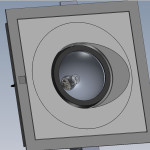 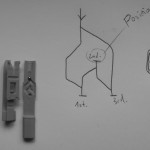 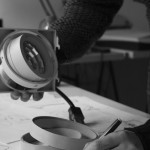 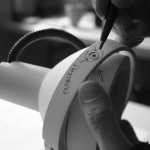 Venus
Extension A scale on the body of the lamp provides the opportunity for an optimal adjustment of the light direction. It is a maximum 360° illumination,
as well as the optimal illumination as a wall washer. With the use of this type of lamp fixtures, gimbal mountings become redundant. The construction
of the lighting system is very simple, leading to low production costs.